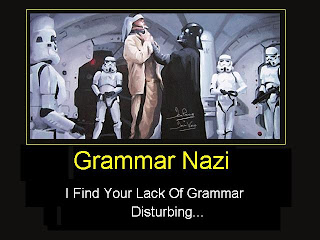 ListVerse, home to top-10 lists on almost everything, has recently published Andrew Pepper's list of the top ten English words misused by professional writers and speakers.

Do you agree? Disagree? Do you have other candidates?

Double the writing — double the cost

A reporter for a regional newspaper contacted me recently to see if I thought State of the Environment reports should be written in plain English. (Of course I do!) She said that some councillors had criticised the council's 165-page report for being too technical. Council staff had responded by saying that the report needed to be technical to meet Ministry for the Environment requirements, but that it planned to produce another version everyone would be able to understand.

What did I think of that? Even a report that has a significant technical requirement can usually be written to satisfy a less-informed audience. Without having seen the report, it seemed to be a waste of time and taxpayer money to rewrite a document that could almost certainly have been written to meet the needs of a wider audience in the first place. Writing twice inevitably means twice the cost.

I quickly checked the Ministry for the Environment website and various State of the Environment reports for clues as to what was expected. I certainly didn’t find any instruction that these reports must be written primarily for a technical audience. But I did find plenty of evidence that these public documents should be accessible to rate payers and any interested members of the public. Interestingly, the Nelson City Council State of the Environment Report 2010 (which has many plain English features) noted that ‘While it is now a requirement to prepare an SOE report, the Act is largely silent on the content and presentation style of that report’.

The various reports I looked at from around the country revealed a considerable range of writing styles and approaches. Some authorities had made a clear effort to use language that would be accessible to interested members of the public, while others used highly technical language familiar to environmental experts but few others. Some had clearly made some effort but still included a raft of technical terms that made the report hard going.

Unsurprisingly the reports that were written in plainer language were generally more interesting and more likely to promote participation in environmental issues. A rather important point I think.
Posted by Lynda Harris at 3:32 PM No comments: