Someone I once worked with — when on the receiving end of a rambling conversation — would put his hands on his hips and demand with a lordly air ‘And this should concern me how?’ I thought that a rude reaction, but as time has gone by I find myself echoing the sentiment if not the exact words.

Can you imagine my reaction to retail salespeople who greet me with ‘And how’s your day been?’

Then there are phone calls. I find myself sighing with exasperation when the caller takes forever to tell me why they’ve called. ‘Just let me know what you’d like me to do?’ has been necessary to prompt the conversation along. My Dutch friend doesn’t suffer from any such lack of directness — and she reckons New Zealanders have a problem. But that’s another blog.

We find the MADE formula helpful
Recently, I told a friend about the MADE formula for structure in writing that we teach. M stands for main message, A for action, D for detail, and E for extra information I told her. My friend was so intrigued that, when she subsequently sent me an email about an arrangement we were both involved in, she spelled it all out using the MADE formula.

What was even more interesting was her comment on how writing to a structural formula affected her thinking. ‘I had to figure out what my main point was’ she said. ‘I actually had to think before I wrote.’ And her second comment was even more intriguing. ‘Using a formula like MADE forced me into a more formal mode.’

Emails are often sadly lacking in formality of language — resulting in unintended offence to readers. Giving an email at least a formality of structure lessens an otherwise over casual effect.

Nudge those who ramble
In a recent conversation with a friend who tended to ramble, I suggested he talk to another friend about a technical question I couldn’t answer. ‘My friend likes elevator pitches,’ I suggested. ‘Let him know in one main statement sentence what you’re after.’

The result was a picture. I could almost see my friend dredging up precious cargo from the undifferentiated sludge in his brain. He came up with a perfectly formulated version of the question he wanted an answer to. And got an answer he could use. Putting a main message first resulted in a more economical conversation with a more satisfying outcome.

And a good deal less wear and tear on the nerves.
Posted by Melissa Wharewera at 7:06 PM No comments:

Email ThisBlogThis!Share to TwitterShare to FacebookShare to Pinterest
Labels: keep to the point, MADE formula, main messages first

Seeking direction in the financial markets 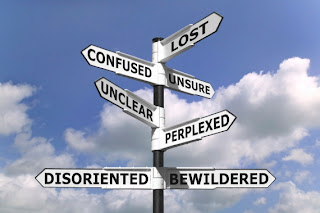 One common complaint from the global financial downturn is that people didn't understand what they were signing up to. In New Zealand, the Financial Markets Authority (FMA) has been charged with making sure that investors have the information they need to make good decisions; that disclosure documents are effective. The FMA has recently released a consultation paper on guidelines to help organisations meet the standard of 'effective', and we're please to see that they 'get' plain English. Here's a quote from the guidelines:


20. Disclosure documents are clear if they:
21. Plain English is a style of writing in which the language, structure, and presentation of a document all work together to help the reader. A document written in plain English is easy to read, understand, and act upon after just one reading. [We couldn't agree more. Ed.]

Last year, commenting on the new Financial Sector category in the annual Plain English Awards, Diana Crossan, Retirement Commissioner, said ‘New Zealand is one of the first countries in the world to develop a national strategy for financial literacy. Making sure documents are clear, understandable, and easy to compare means people can make informed financial decisions throughout their lives.’

The new guidance document is another step in the right direction.
Posted by Judy Knighton at 12:01 PM No comments:

We've posted before on articles from Johnson, The Economist's blog on language. Saturday's post announced that The Economist's Style Guide is online again, and refers to several entries, including one on journalese and slang. Here's a taste:


Try not to be predictable, especially predictably jocular. Spare your readers any mention of mandarins when writing about the civil service, of their lordships when discussing the House of Lords, and of comrades when analysing communist parties. Must all stories about Central Asia include a reference to the Great Game? Must all lawns be manicured? Must all small towns in the old confederacy be called the buckle on the Bible belt? Are drug-traffickers inevitably barons? Must starlets and models always be scantily clad? Is there any other kind of wonk than a policy wonk?

Resist saying This will be no panacea. When you find something that is indeed a panacea (or a magic or silver bullet), that will indeed be news. Similarly, hold back from offering the reassurance There is no need to panic. Instead, ask yourself exactly when there is a need to panic.

I'm looking forward to looking around the other entries.

The other new listing is Tom Murphy - Murphy's Law. Tom's most recent post is on grammar. It includes a story about his grandmother, a video clip of Stephen Fry talking about language purists, and a plea for plain, clear, English instead of buzzword madness:


Today well written, simple, plain English is the exception. Too often we descend to the lowest common denominator where we all proactively leverage robust, strategic solutions to global world-leading paradigm shifts.

Posted by Judy Knighton at 9:02 AM No comments:

Section 2715 is a new rule about clarity in health insurance documents. The new rule will make it easier for 150 million Americans to understand the information and choose a healthcare plan.

The US Government released the new rule on 9 February 2012 under section 2715 of the Public Health Service Act, and the Affordable Care Act, as part of reforming the health system.
The new rule says that all insurance companies must provide a ‘short, easy-to-understand Summary of Benefits and Coverage (SBC)’ and a ‘Uniform Glossary’, a glossary of terms commonly used in health insurance policies and plans.

Using plain language is only part of making documents easy to read. Other key words in the new rule are ‘concise’, ‘simple’, ‘consistent information’, and ‘consumer testing’.

The Government developed the SBC and glossary after working with insurance and health people. Then testing the SBC and glossary in two rounds of consumer testing provided an opportunity to gather data on the readability of the documents.  All parties, the Government and insurance companies, will be able to measure the difference they make to healthcare processes and services. In Write’s experience, clear documents can save millions of dollars.

In New Zealand, several insurance companies were early adopters of plain language and document clarity, and many continue to work with us to ensure that their documents are easy to read. Have a look at our WriteMark website to see who has achieved recognition for their clear documents.  http://www.writemark.co.nz/Who+has+the+WriteMark.html

Posted by Rosie Knight at 1:29 PM No comments:

Just another night at the Grammar Bar

A comma splice walks into a bar, it has a drink and then leaves.

A dangling modifier walks into a bar. After finishing a drink, the bartender asks it to leave.

A question mark walks into a bar?

A gerund and an infinitive walk into a bar, drinking to drink.

The bar was walked into by the passive voice.

Three intransitive verbs walk into a bar. They sit. They drink. They leave.

The past, present, and future walk into a bar. It was tense.

Daniel Oppenheimer, an associate professor at Princeton University, has published a paper on five experiments to check how complexity of writing correlated with the reader’s view of the writer’s intelligence.

The results, surprisingly, show that readers of complex text think the authors are less, not more, intelligent.

In Experiment 1, for example, he took graduate school admission essays and created a complex version. He substituted every noun, verb and adjective with the longest entry in the Microsoft Word 2000 thesaurus. He used a similar process to create a ‘medium complexity’ version. He tested all three versions with readers, and asked them to rate the author’s intelligence.

He writes, ‘The results of Experiment 1 suggest that, contrary to prevailing wisdom, increasing the complexity of a text does not cause an essay’s author to seem more intelligent. In fact, the opposite appears to be true.’

The findings fly in the face of writers’ assumptions. Oppenheimer said that 110 undergraduates at Stanford University were polled about their writing habits. Four out of five said they made their writing more complex to make them appear smarter. Nearly two-thirds said they used a thesaurus to find more complex words to give an impression that their writing is ‘more valid’ and they are more intelligent.

The opposite is proven to be true. Write clearly and simply, and your readers will think you’re smarter.

Jargon ... or how many words can you weave together?

To hear a panel discussion on the fascinating topic of jargon, visit The Fifth Floor at http://www.bbc.co.uk/podcasts/series/tff

The Fifth Floor is a new BBC programme that focuses on the broadcaster's 27 language services.

Three panelists on the Saturday 28 January 2012 podcast were the BBC's Russian service editor, the Vietnamese desk editor, and a reporter and producer for BBC Arabic.

The discussion starts 16 minutes and 40 seconds in and lasts for just over 10 minutes.

For avid listeners, a fun panel quiz on jargon ends the program.
Posted by Meredith Thatcher at 2:18 PM No comments: