When less is more

If you are writing to persuade, make sure you don't annoy the purists like me.

Last week, I opened a letter from one of my local electoral candidates. Like all the others that have dropped into my box in the run up to the election, it was asking me to select him as my candidate, and to give his party my party vote.

And his primary reason, repeated several times? His party believed in less Members of Parliament. 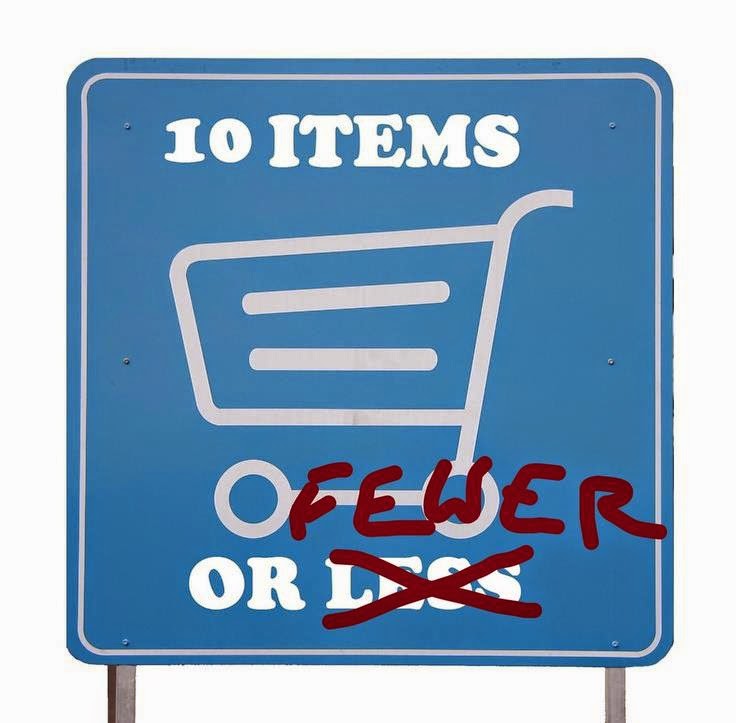 As readers of this blog know, the term 'less' is used for volume and other measures that can't be counted. When talking about a reduced number, the term you need to use is 'fewer'.

I spent a pleasant ten minutes, while I cleaned up the dishes, thinking about what non-countable measure I could apply to Members of Parliament. Less weighty MPs? They'd probably agree. Less voluble MPs? Less serious MPs? Less frivolous MPs? Less well-paid MPs? I could go on.

Dear electoral candidate. You lost any chance of my vote when you sent me an ungrammatical letter.

But you offered me a perfect example of when less is more.
Posted by Judy Knighton at 9:45 AM

Email ThisBlogThis!Share to TwitterShare to FacebookShare to Pinterest
Labels: grammar, less vs fewer